When you're presented a product that promises a lot of things, you can’t help but be a bit skeptical about it. This was exactly our reaction after seeing Kegenix Reviews online praising the numerous benefits of this product.

After thorough research, we found out that it is a general supplement for ketosis. However, what makes it different is it can allegedly put you into ketosis within just 60 minutes and help sustain this state for a longer time. We recommend taking it as a pre-workout supplement due to the clear boost in energy it provides. We tested for ketosis via urine strips and all our tests turned out positive.

By using pregnenolone cream or pregnenolone supplements, the levels of the compound in the body increases, and this brings about various benefits such as fatigue relief, and delay of the aging process. 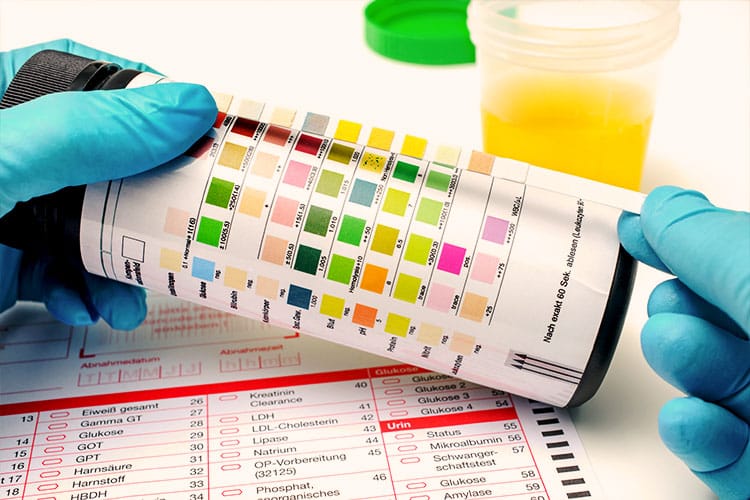 Real Ketones was founded by Rob Rogers and Gary Millet, two men who passionately believe ketones can help people with both their physical and mental health. Because of this passion, they were able to develop a line of products that cater to individuals aiming to get into ketosis.

During the company's early years, it followed the work of Dr. Dominic D’Agostino in the University of South Florida focusing on the Navy Seals. His studies were crucial in discovering that the ketogenic diet was the key to solving seizures experienced by Seals when using their rebreathers at extended lengths of time in missions.

Rogers and Millet saw potential in D’Agostino’s work and licensed it. It became the foundation for developing a product to help people get into ketosis in a simple and easy manner.

After four years of work, their flagship product, Kegenix, was released. Then, after some years, they followed it up with its second generation version, Kegenix PRIME. 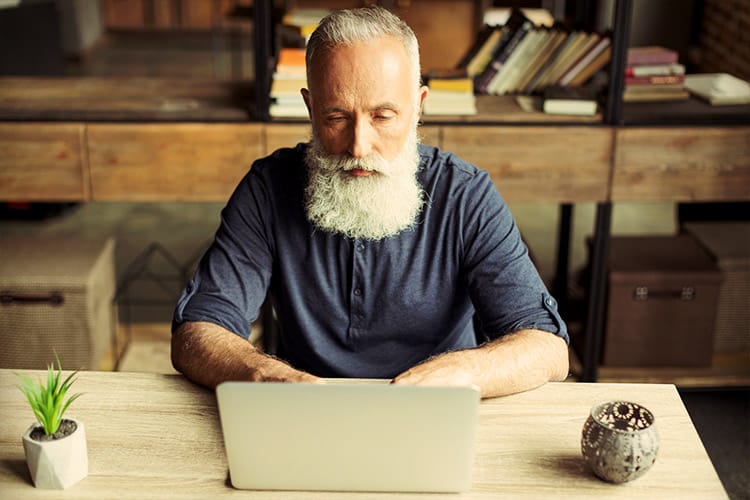 Kegenix PRIME’s main ingredients are the sodium, calcium, potassium, and magnesium salt forms of BHB, along with MCT and ketogenic amino acids. The BHB and MCT bring in exogenous ketone bodies and ketone body precursors respectively. These are the factors that put the body into ketosis. Meanwhile, the ketogenic amino acids support the conversion of the BHB, MCT, and other crucial substances into their necessary forms to sustain ketosis in the body.

The other way it can be obtained is from the food or nutritional supplements that one would ingest. However, these should be bonded with salt compounds to be processed by our bodies. That's why Kegenix PRIME uses BHB complexes with sodium, calcium, potassium, and magnesium.

Beta-hydroxybutyrate can be converted to and from acetoacetate, another ketone body. Still, BHB is a more efficient ketone body than acetoacetate as it does not require oxidation to be converted. Because of this, the body can use it faster and more effectively as a source of energy.

When it is to be used for energy, BHB is converted into acetoacetate which is transformed into Acetyl-CoA. The latter then turns into adenosine triphosphate (ATP), the primary source of energy that fuels all processes in the cells. This process is universal for all cells, tissues, and organs in the body, including the brain.

Research has proven that BHB supplements are effective in increasing beta-hydroxybutyrate levels in the bloodstream. More BHB in the blood makes it easier for different cells in the body to get into ketosis. Furthermore, the same research has indicated that BHB can significantly reduce blood glucose levels.

MCTs, or medium-chain triglycerides, are fatty acids that are commonly found in palm and coconut oils, cheese, milk, butter, and yogurt. Unlike other fatty acids, it does not require bile to be metabolized and absorbed by the body. Aside from this, medium chain triglycerides can also cross the mitochondrial membranes without the aid of L-carnitine, unlike other fatty acids. Therefore, the body can consider MCTs an immediate source of energy.

After being metabolized by the body, MCTs transform into Acetyl-CoA. This is then converted into ketone bodies, which are the body's primary source of energy during ketosis.

Although MCTs are triglycerides, they don't raise any of the factors that could increase the risk for cardiovascular disease, particularly lipid profiles. Because of this, you won’t have to worry about it raising your LDL cholesterol, which can lead to the build-up of plaque in the arteries.

Aside from its benefits to weight loss and management, MCTs have been found to improve cognitive function, especially in type 1 diabetics with acute hypoglycemia. This fact has spurred further research and led to the discovery that MCTs can also reduce insulin resistance in type  2 diabetics.

Leucine is a complete ketogenic amino acid. It can be broken down to form acetoacetate, a ketone body, and acetyl-CoA, a precursor to ketone bodies.

For the purposes of ketosis, leucine has been found to induce a greater feeling of fullness. And, when the body is in caloric deficit, it has been found to maintain the state of ketosis for longer while, at the same time, preventing muscle from breaking down.

Lysine, like leucine, is a complete ketogenic amino acid. It cannot be created by the body and has to be obtained from dietary sources.

It helps the body produce carnitine, another amino acid which aids fat metabolism in every part of your body. It does this by transporting long-chain fatty acids found in your fat stores to the mitochondria of various cells to be transformed to ATP. In effect, your body gets more transport vessels that will move stored fat to where they are needed for energy.

Isoleucine is both a partial ketogenic and glucogenic amino acid. And, like lysine and leucine, it cannot be created by the body and must be obtained from the diet.

It increases glucose metabolism and, because of this, less glucose is available to be stored as body fat. Additionally, isoleucine has been found to improve one’s insulin resistance. 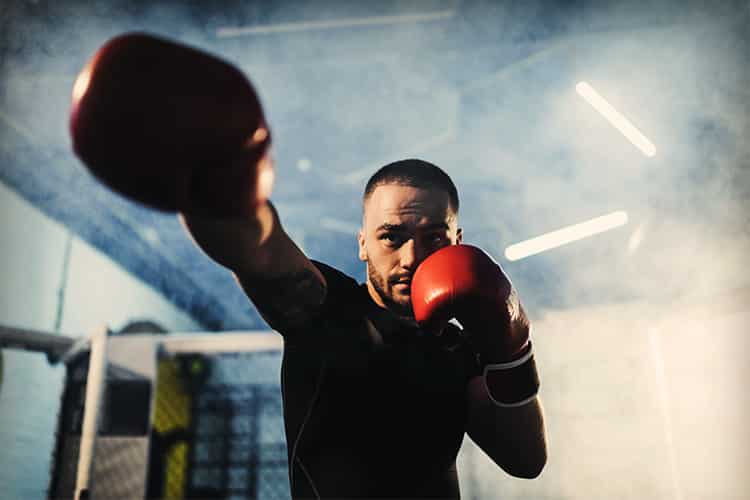 Because of the MCTs in Kegenix PRIME, it can serve your body as an easy source of energy. They don't require carnitine and oxidation to be metabolized into Acetyl-CoA. Furthermore, MCTs can directly go to the brain cells to be metabolized for energy, thus enhancing cognitive function.

With the ketogenic amino acids and the ketosis-inducing effects of this product, the body’s capability to metabolize its fat stores is enhanced. Furthermore, as a benefit of taking exogenous ketones, blood glucose levels are significantly decreased.

A major benefit of ketosis is improved mental capacity due to the brain cells becoming more efficient in using energy. Furthermore, research has shown that MCTs improve the cognitive function of those with low blood sugar levels (in this case, when one is in ketosis).

Early research shows promising signs that being in a state of ketosis increases the ability of the neurons in the brain to resist aging and other metabolic changes. Additionally, signs show that it can help recovery from damage induced by trauma and neurodegenerative diseases like Alzheimer’s and Parkinson’s.

The fabulous amino acid content of this product supplies your body with what it needs to recover faster from workouts.

We haven't experienced any side effects related to Kegenix. Moreover, we noticed that keto diet beginners were able to get into ketosis without the usual side effects of transition thanks to this product. This can be considered as a proof that Kegenix works quite consistently.

The best way is to stir or shake it with cold water. According to the instructions, one serving would require at least 12oz. (and no more than 16oz.) to be effective.

When we tried this product, we were skeptical at first as it sounded too good to be true. Nevertheless, we looked at the ingredients and decided to give it a shot.

And, honestly, we can say this is one of the best ketogenic supplements we have ever tried. We didn’t even feel ANY brain fog or lethargy as we continued using it throughout our ketogenic diet.

Granted, the taste is far from pleasant but  that's true to any supplement with BHB salts in it. But we found that mixing it with freshly-squeezed lemon juice helped improve it a bit. Just make sure to mix it with the orange blast flavor or else you would just be punishing yourself.

All in all, Kegenix PRIME is a great pick for a keto supplement. If you’re new to the ketogenic diet, this would be a fabulous way to help your body avoid the dreaded keto-flu. Hands down, Real Ketones were able to keep up with the stellar quality mark of their successor to Kegenix Prime!

Purchase This Product on ​Kegenix

My Trainer Bob was founded by Adam to supply a great resource on fitness and health and to become a trusted resource where people can come and learn how to stay fit.

Ivan is a medical doctor that has five years experience in researching and writing health-related content, SaaS companies, startups, motivation and self-growth resources. He also speak five languages. Therefore, he is able to research any topic five times better than the average writer.